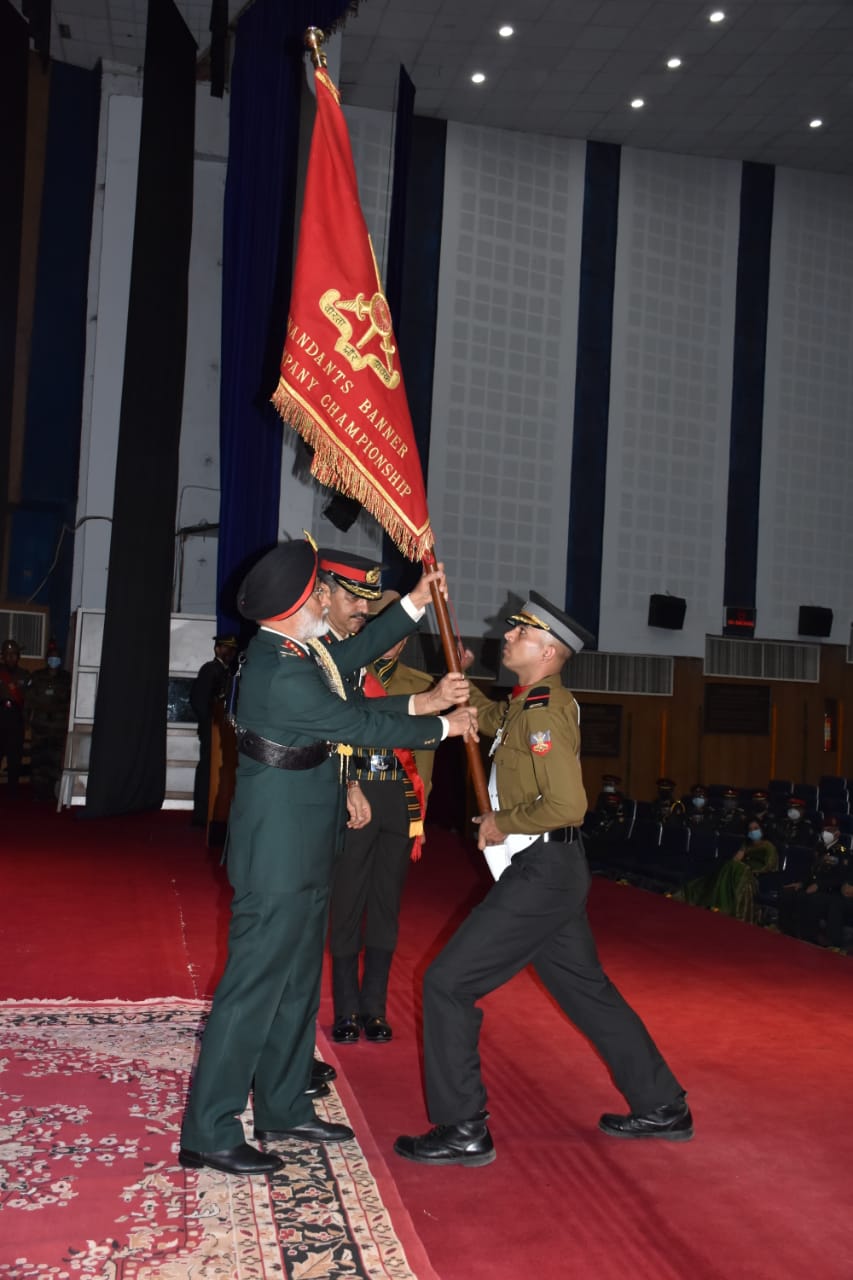 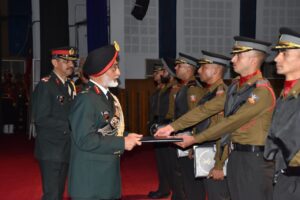 Brigadier Shailesh Sati, Commander ACC Wing, in his address, highlighted the commitment & dedication shown by the Cadets of the Graduating course. He also appreciated the Cadets for their all-around excellence despite the challenges faced due to COVID restrictions.

The Commandant, Indian Military Academy, in his convocation address, congratulated the Course for successfully completing their three years of rigorous training at the Army Cadet College Wing.

In his address, he said “I congratulate the passing out cadets for having crossed this milestone in their professional career. You are well worthy of this recognition after completing three years of rigorous training at the college and your graduation today represents a major milestone in your professional growth and development. Leadership and learning are indispensable to each other and I am certain that you all will demonstrate the ability and desire to continue learning throughout your service. Always remember that the ability to constantly learn, innovate and improve is vital for success as future warrior leaders”.

The Award Winners of 118 Army Cadet College Wing Course are as follows:-

On this occasion, Commandant, IMA, also awarded the Commandant’s Banner to the Champion Kargil Company of Army Cadet College. The Banner is awarded to the Company, which excels in various competitions like Sports, Academics, Camps, Debates, and Interior Economy. In the end, the Commandant complimented Brigadier Shailesh Sati, Commander Army Cadet College Wing, and his team of instructors, Faculty Members for their diligent efforts in shaping the Cadets into potential officers. He also appreciated the stellar contribution being made by the ACC Wing in the ongoing transformational efforts of IMA.