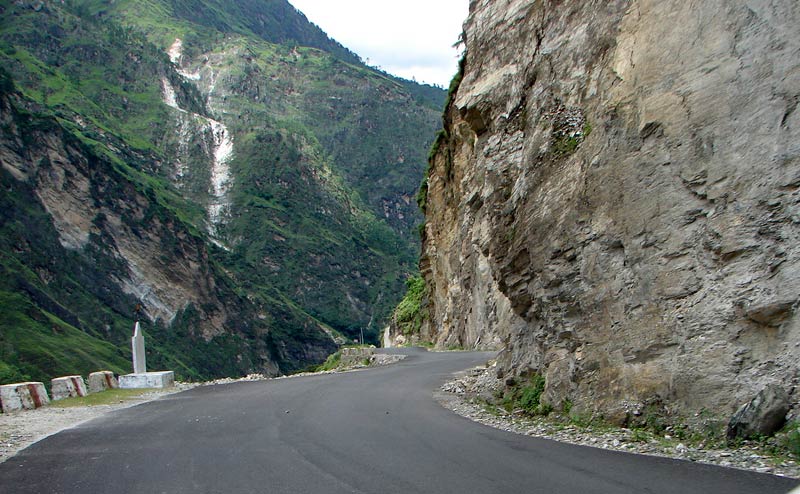 Our neighboring countries like China, Nepal construct metal roads on the border of India. These countries also are constructing Mega Hydro projects dam for electricity generation. Unfortunately, some of the Pseudo-environmentalists who have not planted a single tree in Uttarakhand or anywhere, opposing making the roads as well as constructing the hydro projects.

We need wide roads so that our Army equipment can be taken to the border at the time of need. It will also attract tourists and also every day we find because of the less width of the road in hills, vehicles fall down in the close by river.

Secondly, everywhere there is no road construction, there are landslides hindering the road movement like Mussoorie, Yamunotri, and Gangotri roads, these are the areas where roads are not being widened.

North India is suffering an energy crisis at a time when Uttarakhand alone has the potential of generating 40,000MW of power from hydro projects alone. Presently, Uttarakhand is buying power from the open market worth more than 1,500 crores per year which is also not sufficient as per demand. The state which had proper development of hilly regions, as one of the main reasons for its creation, has to source power from other states to meet the power deficit.

Everyone knows that the dams are the backbone of any civilization as they play a crucial role in water conservation for irrigation, municipal supplies and industries, generating power, flood control, recreation navigation, river rafting, fish production, road bridges, etc., and most importantly, they provide employment to the people says Avdhash Kaushal.

The ruling part is diverting attention by blaming hydro-power projects and having stalled them in the name of Nirmal Ganga. Also, the production of hydro-electricity does not consume one single drop of water as it falls on the turbine and again joins the mainstream of Ganga. Water is absorbed by agriculture. River Ganga originating from Gomukh in Uttarakhand does not irritate even a single field from Gomukh to Haridwar because it runs very deep.

The all-weather road is a must for national safety.

India particularly Uttarakhand State which is close to the China border. It has to have all-weather roads with a minimum15 of meters wide it is needed for defense purposes. So that our army and tanks etc. could reach up to China border. Unfortunately, some of the so-called environmentalists oppose that for unscientific reasons. This all-weather road also decreases the accidents in the hills and saves hundreds of people every year. There is much need to create awareness for the people in hill regions to understand the scientific facts of natural calamities.