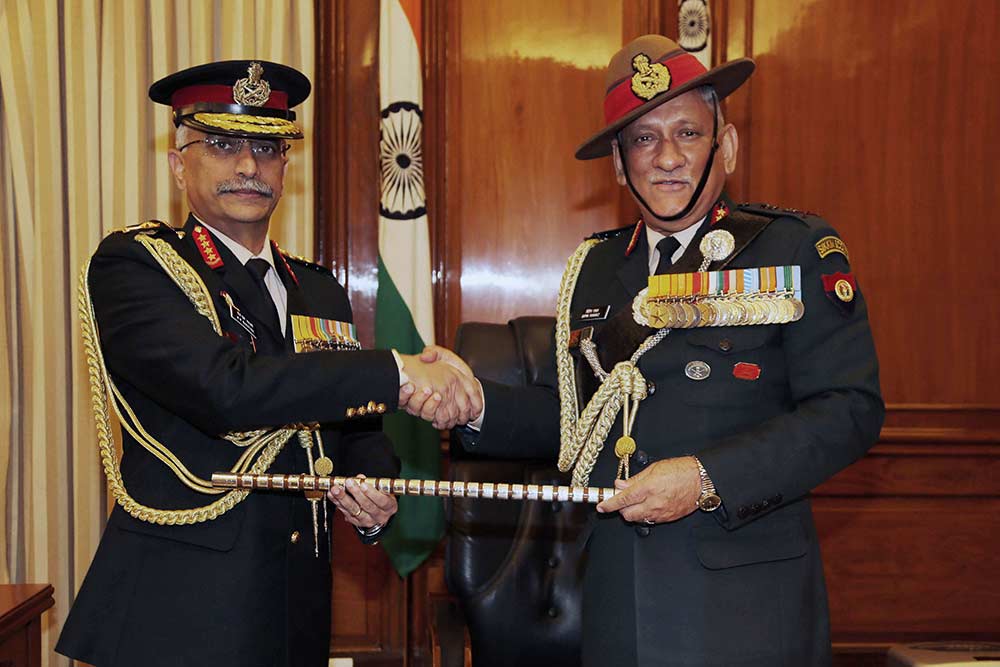 New Delhi: General Bipin Rawat, India’s first Chief of Defence Staff, died tragically in a helicopter crash in Tamil Nadu’s Coonoor on December 8. His untimely demise raises the big question of who is likely to become the next CDS of India.

General Rawat took charge as Chief of Defence Staff on 1January  2020 after serving as the 57th and last Chairman of the Chiefs of Staff Committee as well as 26th Chief of Army Staff of the Indian Army.

The Central government will have to consider the following points while making the appointment.

1. There is no precedent in appointing the Chief of Defence Staff as General Bipin Rawat was the first one to the post. In government matters, precedent is extremely important and several aspects will have to be taken into consideration while appointing a new officer as the next CDS.

2. General Bipin Rawat was appointed the 26th Chief of Army Staff on December 31, 2016. He superseded two Army officers – Lieutenant Generals Praveen Bakshi and PM Hariz – to take charge of the Indian Army. While his appointment as the Indian Army Chief by superseding two officers was unusual, but it is also the prerogative of the government to make such appointments.

3. He was the first CDS but a four-star officer like the Chief of the Army Staff, Chief of the Air Staff and Chief of the Naval Staff. However, he was “the first among equals” with “clear and well-defined responsibilities”.

4. The officers who are eligible to become the CDS should be a four-star General or its equivalent ranks in the Indian Air Force (Air Chief Marshal) and the Indian Navy (Admiral). The person can also be a three-star officer in the Indian Army, Indian Air Force or Indian Navy but eligible to become a four-star officer in the respective services. So all the Army, IAF and Navy commanders are eligible.

5. In the case of India’s only tri-services command – The Andaman and Nicobar Command – the officer heading it is rotated among the three services. Similarly, in the case of the CDS, too, the same can be done. General Rawat was also an advocate of integrated commands by bringing in the Army, IAF and Navy command under one umbrella. But since General Bipin Rawat died in harness i.e. while in service, so the question of precedence once again comes into play. As he was the first appointee to the post of CDS, it is now up to the government to find an officer who can take charge of the crucial post.